What We Can Learn from the Parents of Condoleezza Rice, Pianist and Politician

Last week I had the privilege of hearing Condoleezza Rice give the keynote address at the MTAC (Music Teachers of California) conference where the theme was “Breaking Barriers.” It was an honor I soon won’t forget; first, of course, because of the spectacular story of inspiration Ms Rice wove and secondly, because I took notes! Not copious notes but, enough to build an outline to share.

After a week of musing over Ms Rice’s speech, I made some insights about her story and parenting styles. I hope you’ll read to the end as I’d love to hear your thoughts.

Piano as a Child

Ms Rice began piano lessons with her grandmother who was a classical pianist trained in the 19th century in Birmingham, Alabama. She charged 25 cents a lesson.

Condoleezza adored playing the piano and was eager to learn her first hymn, “What a Friend We have in Jesus.” Her parents–both teachers–told her that if she learned the hymn perfectly they would buy her a real piano to replace the small keyboard she used for home practice.

She learned the hymn in a day, skipping lunch to make sure it was perfect for her parents. As life would have it, her parents didn’t have the money to buy a piano that day but eventually, they made good on their promise.

At age four, it was clear Condoleezza was a prodigy. Her grandmother declared she needed a different teacher and so at age 9, Condoleezza’s mother (also a fine pianist) began giving her lessons.

By age 10, Condoleezza wanted to quit piano but her mom replied,

“You’re not old enough or good enough to quit.”

The Birmingham Southern Conservatory had just began integrating (accepting students of all races) and Condoleezza’s parents decided that she should audition for the school. After the young pianist played, the professor at her audition stated that “the girl did very well.”

From the tone of the professor’s comment, Condoleezza’s dad inferred how the professor was inclined to finish his sentence and quipped, “Did he expect her to dance on the table?”

Ms Rice was accepted to the conservatory and then continued her studies at the University of Denver’s Lamont School of Music to study piano–yes, where I received my MA in piano performance and pedagogy and now where I’ll be heading up the Piano Prep program!

During a summer break, she attended the Aspen Music Festival and witnessed twelve-year-olds sight-reading music that took her weeks to learn. This startling “dose of reality” triggered a switch in her career path and she decided to pursue her second love–international politics.

Ms Rice became a Soviet specialist and later served as the 66th United States Secretary of State in the administration of George Bush. Currently, she is a professor of political science at Stanford University.

Piano as an Avocation

Ms Rice felt music-making was a huge part of her success in her present career. As she continued her speech, she inspired teachers with a list of qualities that develop from studying music even if it’s an avocation and not a vocation.

Playing piano is not my vocation but, it is my avocation.

1) Passion: Studying music will help youngsters find a passion. This passion will lead to dedication and commitment.

2) Faults: Got any? They will be revealed at the piano.

Procrastinator? You can’t be one as a music major.

It’s hard to fix a race car when it’s traveling 120 miles per hour.

4) Confidence: A boost in confidence is guaranteed as a musician.

You gain a healthy respect for what could go wrong, have the ability to stay on edge and learn to gain control.

5) Preparation: Musicians attain the ability to not panic when something goes wrong.

It’s not a matter of whether but when things will go wrong. Sometimes you have to get out of trouble and be ready to do so.

Music and arts are equal to STEM, and are the most important expression of a culture.

Live in the present, remember the past and expect a future. The arts connect those.

Piano as a Politician

Despite the fork in her career path, Ms Rice continues to enjoy her avocation which has led to many exciting opportunities.

She’s received repeated requests from Yo-Yo Ma to collaborate. Below is a video of them performing at the Kennedy Center and her explanation of how they decided to play Brahms while she was National Security Advisor.

As she was stepping down from Secretary of State she was invited to play at Buckingham Palace where she performed for her royal highness, Queen Elizabeth.

Ms Rice decided to use an iPad while playing the first movement of  Schumann’s Piano Concerto in A minor with the Omaha Symphony but, was apprehensive about using the device and memorized the piece instead. Upon hearing of this significant feat, Stanford’s head of neurology exclaimed:

Do you have any idea what you did for your neural plasticity?

As a professor of politics at Stanford, she also takes lessons with the head of the Stanford piano department and had this to say…

I’m really glad my mother didn’t let me quit at 10.

Piano as a Parent

Soon after the keynote address, I heard pianist and pedagogue John McCarthy speak on the topic of parents and their children who study piano. He presented a special session, called a Musical Conversation, where dialogue between the presenter and audience is encouraged.

As a teacher of high achievers, he believes parents have the potential to create real barriers for their children.

McCarthy went beyond the well-known “tiger mom” and described four parenting styles with these titles:

1) The Gardener = parents who differentiate between species and prune regularly to allow growth.

2) The Philosopher = parents who don’t care about the outcome and are more interested in their children learning values and thinking of what goes into the process of making music.

3) The Sculptor = parents who mold their child in their own image.

McCarthy claimed that most parents and teachers are a combination of all four and that children need all four as they develop and mature.

In his experience, he has seen the children of the entrepreneur-style parent or the tiger mom-mentality excel the most at the piano. Diane Hidy, a colleague and friend of McCarthy who frequently coaches some of his students, was in the audience and adamantly disagreed with him. She believes that a more permissive parent helps a pianist take ownership of the learning process.

The lively debate on parenting style made me reflect on the success of Condoleezza Rice as a politician and as a pianist.  In her speech, Ms Rice never called attention to what she has accomplished. One of her most memorable quotes was this:

Nobody sets out to be the first.

From her story, it’s clear that her parents fully supported her efforts, as they

In McCarthy words, “parents can often gum up the works.” Condoleezza has enjoyed a highly successful career in politics AND still makes time to enjoy and refine her avocation. I believe her parents deserve a round of applause for finding the right balance of all four parenting styles. One thing everyone agreed upon: any style of parenting can be beneficial to a child if done well.

I’ll be the first one to admit that parenting is the hardest job I will ever hold. After raising three sons, my husband and I remain grateful and humble. We are not perfect parents and will never be.  We’ve learned that it takes a village to raise our children and we are indebted to those teachers and mentors who have encouraged our sons along the way.

As a teacher, it’s important for me to

Teaching piano is a team effort. Regardless of whether music becomes a vocation or avocation for a pianist, our goal as teachers and parents should be that a young musician will one day follow the lead of Condoleezza Rice and say with confidence…

PLEASE GO TO THE "VIDEOS" PAGE AND WATCH CONDOLEEZZA RICE AND YO-YO MA PERFORM A BRAHMS DUET AT THE KENNEDY CENTER ARTS SUMMIT.

Member of the New York State School Music Association and the National Association for Music Education.

Piano Maestro ~ The Most Awesome Piano Technology! Fun Learning for ALL AGES!! 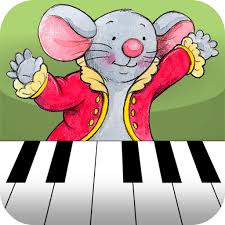